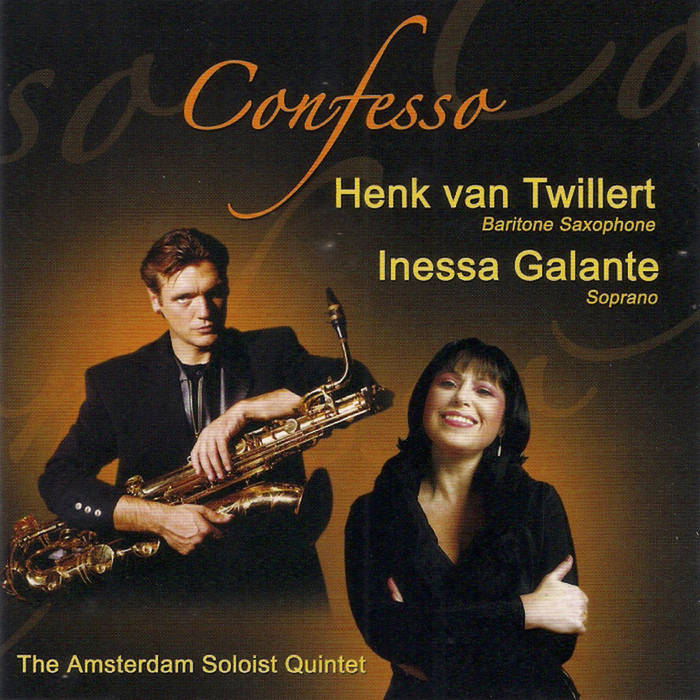 Johann Sebastian Bach and the art of arranging
Has Johann Sebastian Bach always been the composer we have made of him? Was he really the uncrowned musical emperor of baroque music? And is it true that every note Bach wrote for a specific voice or instrument is close to sacred?
Fifty years ago there was a lot of turmoil when Glen Gould played Bach’s Goldberg Variations on a grand piano instead of a harpsichord. And since the (r)evolution of the early music practice the idea that Bach wrote for specific instruments with a reason became even stronger. Because we believe that everything Bach wrote he wrote with a touch of heaven. Even if that is true - and I think it is true - Bach didn’t know and Bach didn’t care.
In his own time Bach was a craftsman, nothing more and nothing less. He was indeed a very good craftsman, but still a craftsman. He wrote his music because it had to be played. One way or the other. When there was a good flute player, he would arrange some lines for the flute. When there was a wonderful other instrumentalist he would arrange something for that instrument. For the same reason he arranged his violin partitas and cello suites for other instruments, works by other composers, for example some Vivaldi concertos, for different combinations and so on.
Whatever he did, he kept the spirit of the music. Because that was the only thing he was concerned with.
And that’s the reason why he wrote his last work, the Kunst der Fuge, for no specified instrument. And he was in good company. In 1600, for his now famous Prologue of the opera Orfeo, Claudio Monteverdi didn’t specify the instruments. He only wanted his music to be played with the instruments that were available at a certain moment. So why should he specify any instruments?
For a lot of performances we know what Bach did, because the documents survived with all the facts. But we also know that Bach could arrange arias he had used before in a different way when he had different instruments available. So when Henk van Twillert arranged Bachs Cello suites for the baritone saxophone, he did it with a touch of Bach.
And for sure, if Bach had the opportunity to meet Henk van Twillert and Inessa Galante - whenever it happens I hope I’ll be there - he certainly would have been the first to propose to make some arrangements of his own work for them. For example of the aria Ich hatte viel Bekummernis from the wonderful Cantate 21, or the aria Genugsamkeit from Cantate 144.
And what holds for Bach holds for Caccini, Händel, Albinoni and the other more recent composers. For example, Heitor Villa Lobos arranged his Bachianas brasileiras no 5, on this cd with the seldomly performed Danse, for voice and guitar once. Fado-composers like Carlos Paredes are in some sense just like Bach: they write music to be played. So if there’s only a saxophone and a voice available, they will arrange the music for a saxophone and a voice.
In his days Johann Sebastian Bach was what a pop star is nowadays. He wrote music with a function either to worship or to enjoy. The music is there to be played. Nobody seems to be bothered when somebody plays a great Lennon & McCartney song on a lonely penny whistle. So why should we be bothered when a Bach aria or Fauré’s Pavana come to us with the sound of a baritone saxophone and a voice.
Music, written by Bach or anybody else, is there to touch our hearts and souls. And the ability of good music to do so goes far beyond any specified instrument. So enjoy the music and let Henk van Twillert and Inessa Galante touch your heart with the music of the wonderful craftsmen presented here. Bach would be delighted.
Paul Janssen

Henk van Twillert is one of the most notable European musicians of today. Born in Holland, in 1959 he studied at the Sweelinck Conservatory of Amsterdam with Ed Bogaard and completed his studies ‘with distinction’ for Superior Soloist on baritone saxophone.
His broad professional career begin 1979, with the foundation of the Amsterdam Saxophone Quartet, a group that is still active today and which has played at hundreds of concerts worldwide and produced an extensive discography.
From 1993 he began his activity as a solo player with the Amsterdam Soloist Quintet. It is here that he paid tribute to Astor Piazzolla and Heitor Villa-Lobos with his recordings, as well as a register dedicated to ‘fado’ with the title ‘Saudades’, where he included works by Carlos Paredes as well as the participation of Carlos do Carmo as a guest star. In the year 2000 Henk van Twillert accomplished one of his dreams with the recording of the famous Cello Suites by Johann Sebastian Bach played on baritone saxophone.
Henk van Twillert has performed worldwide with many soloists such as Sonja van Beek, Emmy Verhey,
Jaap van Zweden, Daniël Wayenberg, Tjako van Schie and Gian Maria Bonino. He also performed with ensembles and orchestras such as Salzburg Chamber Soloists Quintet,
the Minsk Orchestra and the Portuguese Company of Contemporary Dance under the auspices of Vasco Wellenkamp.
Van Twillert played at the closing performance of the 1998 World Exhibition in Lisbon as homage to Carlos Paredes, and with the Remix Ensemble directed by Pieter Rundel for the Coimbra National Capital of Culture 2003.
Together with soprano singer Inessa Galante he performed in the Concertgebouw in Amsterdam, London and Riga.
Van Twillert is a major figure in music teaching, being resident teacher at the Amsterdam Conservatory, Holland, and the College of Music and Performing Arts in Porto, Portugal, here he founded and still conducts the Orquestra Portuguesa de Saxofones
He always tries to combine his love for music with his love for teaching by giving master classes and concerts around the world: Paris, Milan, London, New York, Beijing, Havana, and Minsk, among others, In 2005 he visited Venezuela, Mexico and Brazil.


Inessa Galante saw the light in the Latvian capital Riga, where she – after studying pharmacy – trained her beautiful voice at the Conservatory. Soon she took the stage of all the important theatres of the Baltic States, Poland, Bulgaria, but especially in Russia (Moscow, Saint Petersburg - Kirov Opera -, Kiev) with impersonations of Violetta, Gilda,
Lucia, Adina, Rosina, Olympia, Marguerite. Conductors as Metha, Gergiev and Menuhin foretold her a brilliant career in the West. In 1992 she left Riga for Germany and got engagements at the Opera in Mannheim and at the Deutsche Oper am Rhein in Düsseldorf, where she portrayed Leonora, Donna Elvira, Contessa in
‘Le Nozze di Figaro’, Liú and Giuditta. From 1996 on her guest appearances brought her throughout the whole of the European continent, the U.K. (Covent Garden), America (Miami Grand Opera, Hollywood Bowl, etc.), Korea, Japan and Australia.
Also the Lieder- and concert repertoires have her intense interest. She has sung all the great spiritual works by Mozart, Brahms, Beethoven, Verdi, Pergolesi and Rossini as well as the Second Symphony by Mahler. Of course the Russian composers are well represented in her Lieder repertoire. She acclaimed great success with her recital in Wigmore Hall, London, with Roger Vignoles as her accompanist.
In the Netherlands Inessa Galante enjoys great popularity.
She acquired a platinum CD for her 'Debut'- recording with the beloved 'Ave Maria' by Caccini.
With baritone saxophonist Henk van Twillert she presented sensational concerts, that centered around their mutual love: Johann Sebastian Bach.
October 2003 a new CD with arias from late operas by Giuseppe Verdi formed a landmark into a new and further direction in the development of her voice: the lyric-dramatic repertoire. End 2003 she made a triumphal debut as Aida with Scottish Opera, spring 2005 brought her debut as Jenufa in Janacecks opera in Riga. In preparation is Manon in Puccini’s ‘Manon Lescaut’ in Stockholm.

The Amsterdam Soloist Quintet was founded in 1997 by Henk Van Twillert. The quintet consists of professional musicians from various Dutch orchestras such as the Royal Concertgebouw Orchestra. The Amsterdam Soloist Quintet has different performers and different projects, however always three characteristics are present:
great people, great musicians and their love for music. The artistic leader and first violinist is Emi Ohi Resnick, native of New York City, who made her debut in Carnegie Hall at the age of fifteen and has performed throughout the United States, Europe and Japan.
Ms. Resnick currently divides her time between the United States and Europe; where she is concertmaster of the Netherlands Radio Chamber Orchestra and Professor of Violin at the North Netherlands Conservatory.