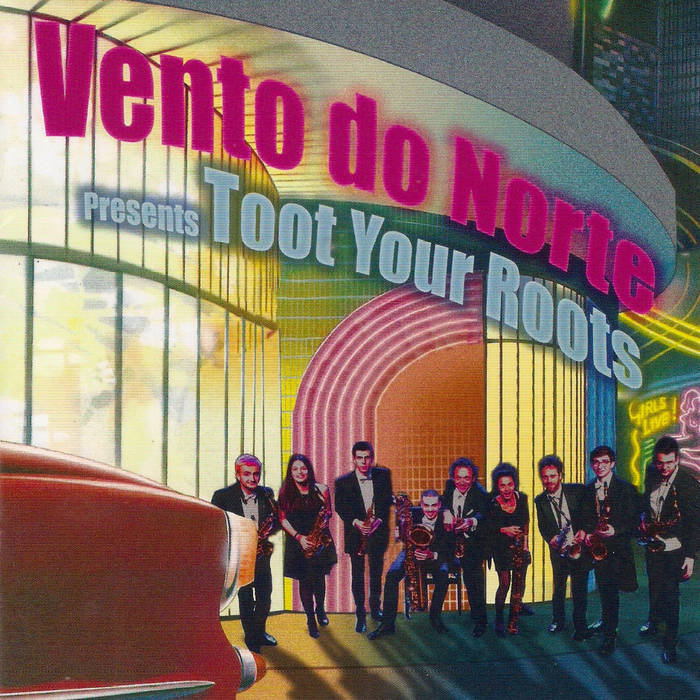 Vento do Norte is a unique group of young saxophonist musicians, students of Henk van Twillert at ESMAE - School of Music, Arts and Entertainment, Porto, Portugal.
They are passionate and talented musicians who combine a modern vision of chamber music with unique performances. Listening to this musical group is an overwhelming experience, one moment we are touched in the soul by their music, the next we are raised to euphoria and movement. The group was formed in 2005 by Henk van Twillert, with students from his ESMAE saxophone class. Students who complete the course give way to the youngest, while maintaining the youthfulness and energy of the group. Since its inception they have performed in various venues and festivals in Portugal, among others in Aveiro, Porto, Palmela and Guimarães. In 2007, 2009, 2011, 2013, 2015 and 2017 they won the first prize in the prestigious “Concorso Internazionale di Musica da Câmara“ Città di Chieri”” in Italy. In 2009 they recorded their first CD, "Adage of Saxophones", defined as versatile, competent, passionate and sincere.
Since 2008 Henk van Twillert & Vento do Norte held yearly tours in Holland and Belgium. Following the Ode to Joy tour in 2014, they were invited to perform on the Dutch national television cultural program “Podium Witteman” and on the radio program “Opium op4”. On March 2015, the Portuguese national television (RTP2) devoted much of its program “A Grande Valsa” to ESMAE's saxophone class, namely to Henk van Twillert & Vento do Norte. In 2016 they made a tour in the USA, performing, among other places, in New York and Boston.
In 2019, among other events, Vento do Norte represented ESMAE at the Harmos Festival and performed with Henk van Twillert on the Bach, Black & White tour, from March 30th to April 7th, 2019 in the Netherlands.
The academic year of 2019/2020 presents the 10th generation of Vento do Norte, consisting of:
Henk van Twillert - Artistic Director, Soprano Saxophone and Baritone Saxophone
Goncalinho Oliveira - Soprano Saxophone
Pedro Pereira - Soprano and Alto Saxophone
Bernardo Salabert - Alto and Sopranino Saxophone
Sara Pais – Alto Saxophone
Hristo Goleminov - Tenor Saxophone
Rui Cunha - Tenor Saxophone
Samuel Cordeiro - Tenor Saxophone
Adriana Oliveira - Baritone Saxophone
Cláudio Pereira - Bass Saxophone
Special Guests: Inês Soares, Gonçalinho Oliveira

Henk Van Twillert (1959), saxophonist, studied at the Sweelinck Conservatory in Amsterdam (Conservatory of Amsterdam) with Ed Bogaard, where he obtained the soloist degree with distinction. In 1979 he founded the famous "ASQ - Amsterdam Saxophone Quartet", with which recorded a vast discography. The quartet successfully toured with numerous famous musicians, including Jaap van Zweden, Wayenberg Daniel and Han Bennink, where it features, among several notable concerts, the final concert of EXPO '98 in Lisbon and the opening of the Arena Ajax stadium in Amsterdam. In 1993 Henk van Twillert started a solo career, founding the Amsterdam String Soloist Quintet, with which recorded several highly successful albums, including the CD "Tango, a tribute to Astor Piazzolla", with violinist Sonja van Beek. The year of 2001 was a milestone in Henk van Twillert's career, when he recorded Johann Sebastian Bach's famous “Solo Cello Suites". In 2002, he recorded a Portuguese fado CD, "Saudades", with the special participation of Carlos do Carmo.
In 2005 he formed the group Vento do Norte, with his young saxophonists students and they have been performing in various national and international stages ever since. In 2006 and 2007 van Twillert was invited to the prestigious Music Festival in Newport, USA, with soprano Inessa Galante. Between 2009 and 2011 Henk van Twillert lived in New York, where he worked on his PhD "Johann Sebastian Bach's Cello Suites on Saxophone - Interpretation and Transcription", having obtained the Doctoral Degree in June 2013. In 2012 he started the concert series Meet the artists, performing regularly in Amsterdam and Rotterdam, where he shares the stage with fellow musicians, creating nights with different musical styles. This series of concerts is now called ”Henk van Twillert nodigt uit…” (Henk van Twillert invites…).
Henk van Twillert is a saxophone teacher at ESMAE, Porto School of Music and Performing Arts, where he formed the Portuguese Saxophone Orchestra and the aforementioned international saxophone group, Vento do Norte. After 25 years as a permanent saxophone teacher at the Amsterdam Conservatory, he decided to become a Guest Teacher to have more time for all his projects. Henk van Twillert is divided between the love for music and teaching, combining concerts with workshops and masterclasses in different places in the world to which he is invited. In his pocket, he always carries his special children's music program "Stars of the Future"